A place for zero

Establish understanding of the language and processes of counting by naming numbers in sequences, initially to and from 20, moving from  any starting point (ACMNA001); Connect number names, numerals and quantities, including zero, initially up to 10 and then beyond (ACMNA002); Yr1-Recognise, model, read, write and order numbers to at least 100. Locate these numbers on a number line (ACMNA013); Yr2-Recognise, model, represent and order numbers to at least 1000 (ACMNA027); Yr3-Recall multiplication facts of two, three, five and ten and related division facts (ACMNA056)

Explore adding numbers up to 10 then beyond and up to 900. Explore adding and multiplying by 0. Conduct some experiments with 'numberator' and 'multi-tube'.
Details 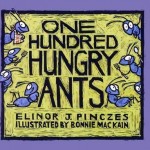 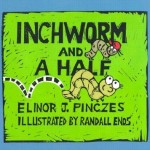 Inchworm and a Half